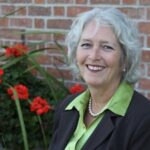 Dorothy Byers is an educator with 40 years of experience in Ontario schools. In her most recent role as Head of School at St. Mildred’s-Lightbourn School, a not-for-profit independent school for girls in Oakville, ON, Dorothy, found her passion: nurturing and supporting STEM programs for girls. Prior to SMLS, she was a teacher and administrator in the Peel District School Board. Recently retired, Dorothy now has the time to fiercely promote opportunities for diversity in STEM fields through her role as Chair of the Board, FIRST Robotics Canada; she is the first woman internationally to assume such a position. With a Masters in Education in Curriculum Development, she is keenly aware of the impact of real world application of concepts on learning. Although her degrees are in English, Drama, and Geography, Dorothy is a closet engineer who learned from her dad who worked in STEM fields. 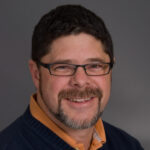 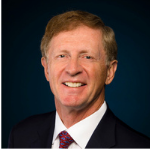 Since 2004, Mr. Homer has provided independent strategic, financial, and restructuring advisory services to major corporate and government clients. From 1997 to 2004, Mr. Homer served as Deputy Chairman for Scotia Capital. Before joining Scotia Capital, Mr. Homer worked for approximately 20 years in the investment banking business in Canada. He has been a member of the Province of Ontario’s Task Force on Competitiveness, Productivity and Economic Progress since 2001. Mr. Homer sits on or chairs several advisory boards. Education: B.A. in Applied Science (Engineering) (University of Toronto) and M.B.A (Harvard). Mr. Homer served as FIRST Rotobtics Canada Chair of the Board from 2001-2010 and has been a director and member of the Executive Advisory Board ever since. He also served on the worldwide Board of FIRST from 2006-2013, was on the Board’s Steering Committee and was the Chair of the worldwide Audit Committee. Mr. Homer is also currently on the HBS Club of Toronto Board and was on the HBS World Alumni Board and HBS Canadian Fellowship Committee in the past. 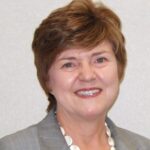 Marguerite Jackson has extensive experience as a senior leader in public education, including CEO of Ontario’s Education Quality and Accountability Office, preceded by being Director of Education for both the Toronto District School Board and the North York Board of Education. Marguerite has served on the boards of the Children’s Aid Society of Toronto, Canadian Club, United Way and Junior Achievement. She was named Honorary Director of the Herb Carnegie Future Aces Foundation.  Marguerite has been recognized with the International Business Communicators’ CEO Award of Excellence, Bell Canada’s Award of Excellence for Leadership in IT, and as a Distinguished Educator by the Ontario Institute for Studies in Education. Education:  BA from McMaster University and MEd from OISE/Uof T. 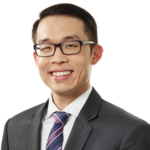 Jeffrey Li is currently a corporate lawyer at Davies Ward Phillips & Vineberg LLP, but has been passionately involved with FIRST Robotics since 2003, in almost every capacity from student participant to college mentor and team founder to regional event volunteer. Prior to becoming a corporate lawyer, Jeffrey worked in business development and marketing for Procter & Gamble. Jeffrey also sits on the board of directors for Homeless Connect Toronto, a registered charity. Education: J.D. (Queen’s University), iBBA (York University – Schulich School of Business). 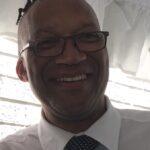 Charles Offor is an elementary Vice Principal at Daystrom Public School within the Toronto District School Board.  Throughout his 28 year teaching career, Charles mentored and facilitated opportunities for new and experienced educators to learn from each other.   As an Adjunct Professor and Host Teacher, Charles supervised, modeled and evaluated York University Teaching Candidates, Ryerson University Students and Secondary School Co-op Students.  As an educator and administrator, he supported STEM initiatives and coached Lego Robotics teams.  Charles has volunteered with FIRST Robotics Canada in a few high profile positions, such as Game Announcer, Master of Ceremonies and The Ambassador of Fun, Education:  BA & BEd from York University. 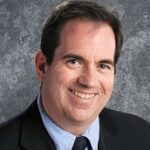 Vance Scott is the Principal at Victoria Park Collegiate Institute, Toronto, Ontario.  He has served as the Director of Robotics for the Toronto District School Board.  He now serves as Treasurer for FIRST Robotics Canada. 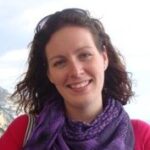 Shanan Walsh is a multi-faceted adventurer, in constant pursuit of technological excellence, innovation, and change. Working today at Achievers as the Director of Operations, Shanan contributes to the company’s vision to change the way the world works by folding into that recipe-valuable experiences of years past. Shanan’s focus on science and technology was first catalyzed by her involvement with FIRST at St. Mildred’s-Lightbourn School. Building upon foundational knowledge alongside a robot (or two) within her final years at SMLS, this chapter forged her passion in engineering. Soon after, that passion formed into a Bachelor of Science in Engineering Chemistry degree from Queen’s University. Shanan’s work today is focused on identifying impactful solutions within systems and teams alike, building upon integrations and new innovations with the mission to achieve synergy, scalability, stability, and success. Not unlike the first chapter that was opened with FIRST.