FIRST Robotics Canada and MDA, a Maxar Technologies company, are proud to launch “A Day in the Life of an MDA Space Engineer Contest!”

Ever wondered what a Space Engineer does? 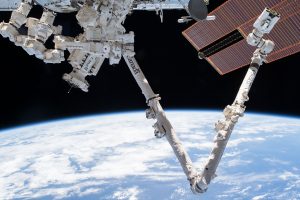 One lucky student will have the incredible opportunity to visit the MDA facility in Brampton, ON and experience what happens in a day in the life a space engineer. This facility built the five robotic manipulators, called Canadarm, that were used on over 90 NASA space shuttle missions. MDA also built Canadarm2 and Dextre, the robotic arms used on the International Space Station (ISS). That $5.00 Canadian bill you might have in your pocket right now shows off the ISS robotics.

The out-of-this-world agenda will include learning about the:

– Canadarm hardware (that has been to space and back!)

– Future Canadarm prototypes (could be used on the Lunar Gateway)

– space exploration systems (did you know we are mapping an asteroid right now?)

– robotic mapping and navigation (using this to map buildings)

This rare opportunity will be awarded to a high school student who enters the contest here! 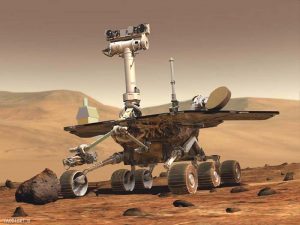 The winner will be randomly chosen and will be announced at the Ontario Provincial Championship in April.

The winner will coordinate with FIRST Robotics Canada and MDA to decide an agreed upon date for the visit. The affiliated waivers must be signed before event date.