General Motors Canada’s Stephanie Thompson is our guest blogger this week! Stephanie is a Senior Engineer at GM’s St. Catharines Propulsion Plant, and has been a technical mentor and volunteer with FIRST Robotics Canada for 13 years. Take it away, Stephanie!

On May 26th and 27th, the 2nd Annual Girls in FIRST Weekend was hosted by FIRST Robotics Canada at the Kingbridge Centre in King City, Ontario. 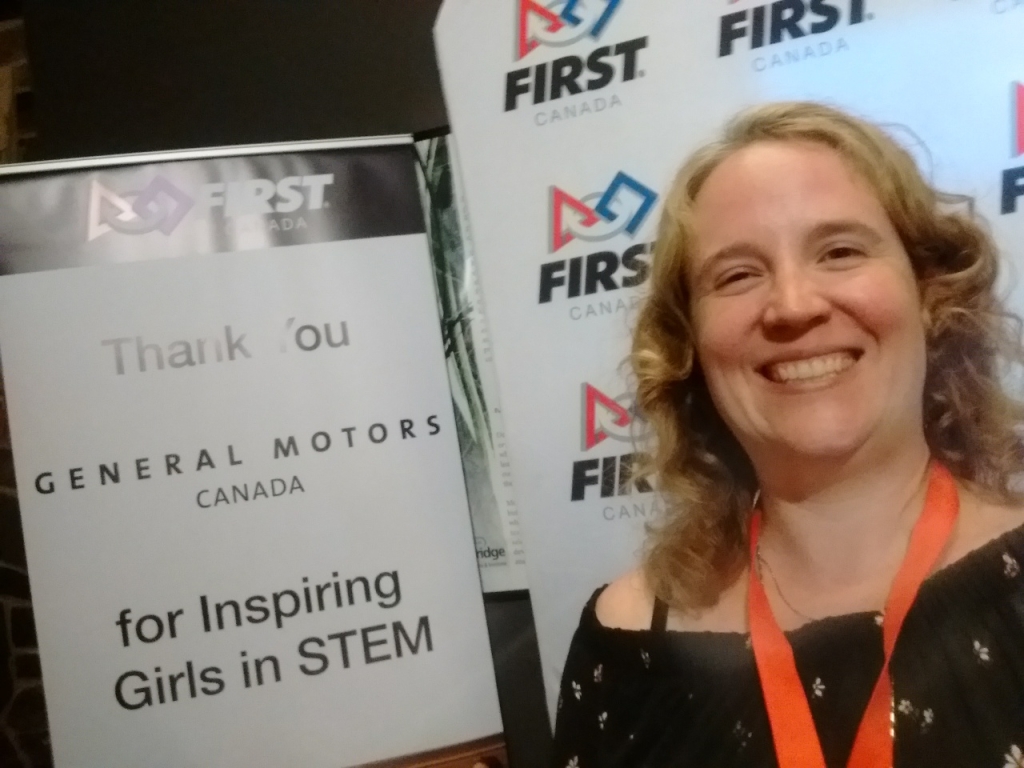 Proudly supported by General Motors Canada and the Argosy Foundation, the weekend is about supporting girls –encouraging discussion about boosting self-confidence and breaking through barriers, the importance of mentors and how one individual can impact others.

I recall last year, when I was told about the event, I thought to myself, “Why didn’t I think of it?!” I have been an engineer for 17 years, and I get to do some pretty cool things where I work at General Motors’ Powertrain Plant in St. Catharines, Ontario. I lead teams that design, install, and program assembly lines to build engines and transmissions. My latest project involved the manufacturing of high-performance engines for Corvettes, and supercharged Camaros. But I didn’t understand what passion and excitement there is in the engineering field until I found FIRST Robotics.

I’ve been a technical mentor and volunteer for FIRST Robotics for 13 years, and I know women in FIRST Robotics are small in number. They might be the only girl on a team with many other boys. Or the only one interested in the mechanical or electrical or team leadership. They might not have any female mentorship at all; so I knew that events like Girls in FIRST Weekend are so important.

I had the honour of attending the girls’ retreat this past weekend. It was a thrill from beginning to end – and an emotional one as well! I did more than run workshops and give speeches… I hugged girls who were overcome at the thought of graduating and leaving behind their robot team that had become like family to them… 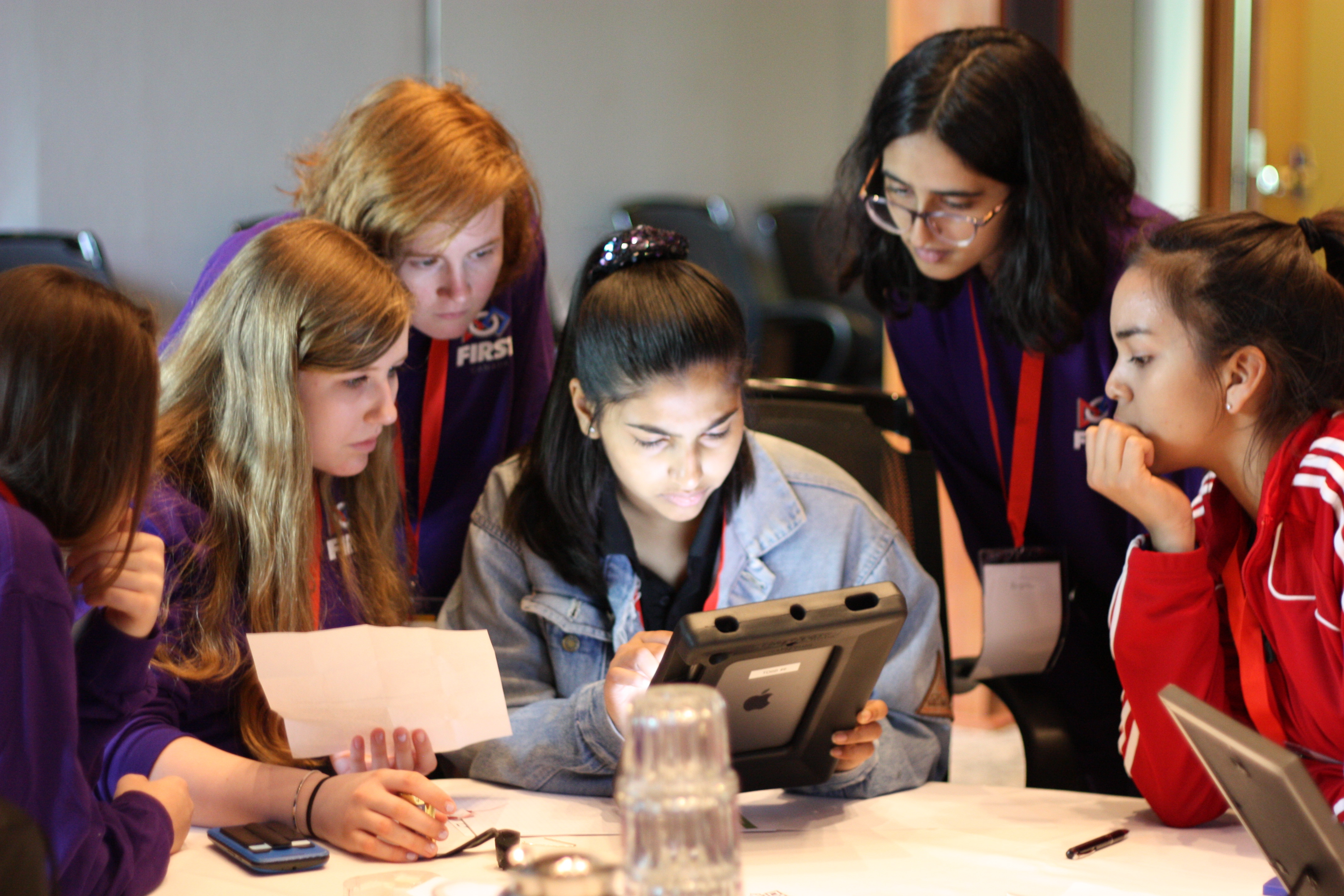 I fought back tears talking to the mother of a girl who had been struggling with a team mentor last year, and ended up starting her own team after being so inspired and empowered by last year’s Girls in FIRST Weekend…

And I shared in the fun with all of them – a Cha-Cha Slide with 100 spirited high-school girls, their teachers and mentors, and the wonderful organizers of Girls in FIRST Weekend. I hope fun and silliness and joy is a big part of what they took away from the weekend, and what they take away from their robotics career. I hope they remember the fun they shared after the hard work of a robot-building season.

This powerful weekend is about being brave and celebrating being brave. Celebrating the fact that they are brave by signing up for male-dominated teams with male-dominated mentors and push themselves to new limits. Celebrating the bravery of standing up for themselves, or taking on a scary role, or creating a new opportunity where there was once conflict. I don’t want them to be afraid to share because their opinion matters – especially when it is different from everyone else’s. 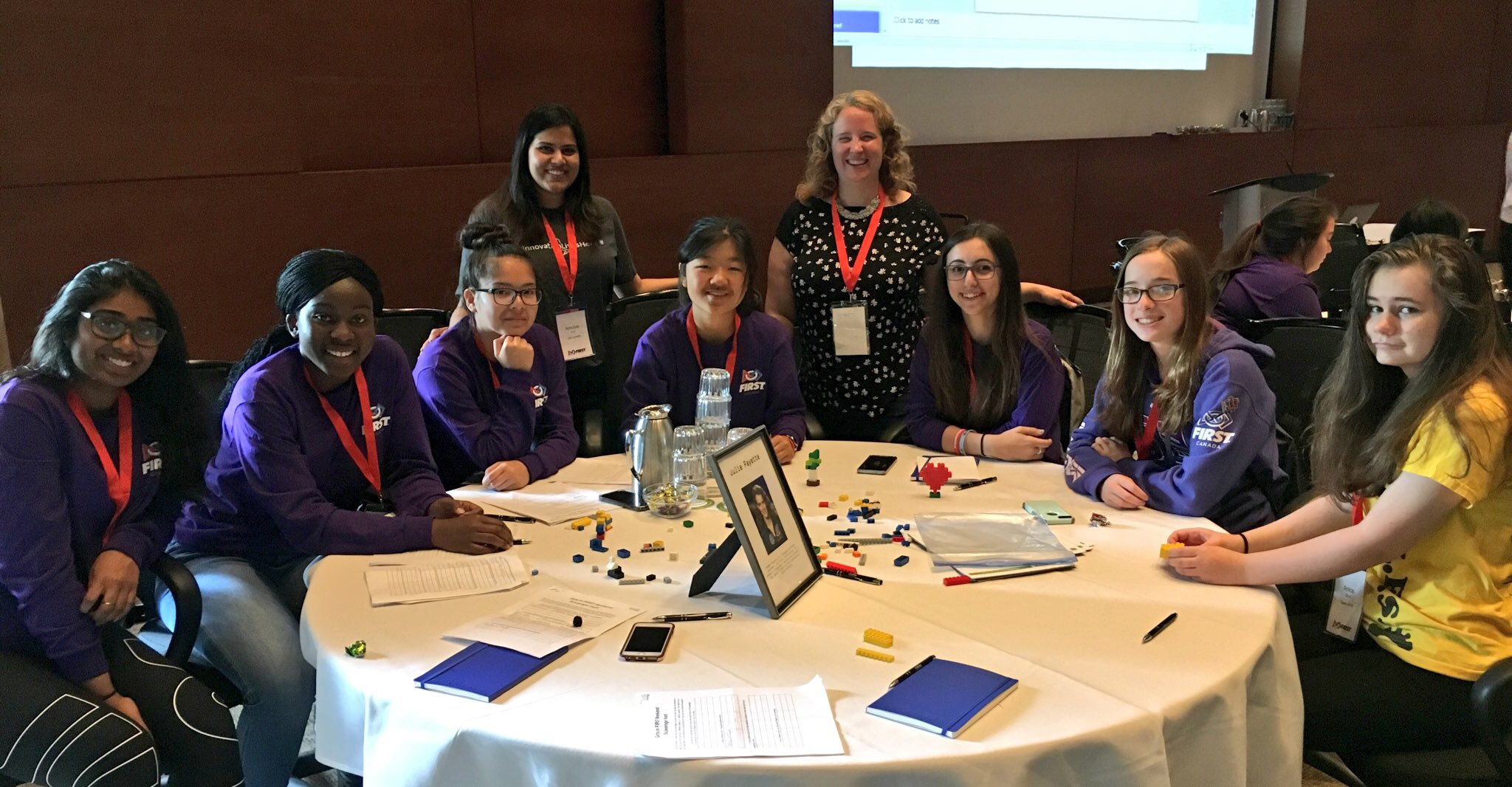 It is my hope that all of the girls left this weekend believing that they are stronger on a robotics team with women involved. Women bring diversity, and different ways of thinking. Women see not how the game is played, but how the game could be played.

Be inspired. Take risks and do things that no one else is doing. Have fun. Make space and find their place. I hope the girls leave with an increased sense of these things. And when it comes time to decide on a career path, I hope they know that the STEM fields are open to them and can be incredibly rewarding.