Microsoft has generously offered grants for teams across Canada in 2017. During the months of January, February, and March, we’re highlighting Microsoft-sponsored teams!

This week we talked to 3996 , Team RiKitik from Rimouski, Quebec. 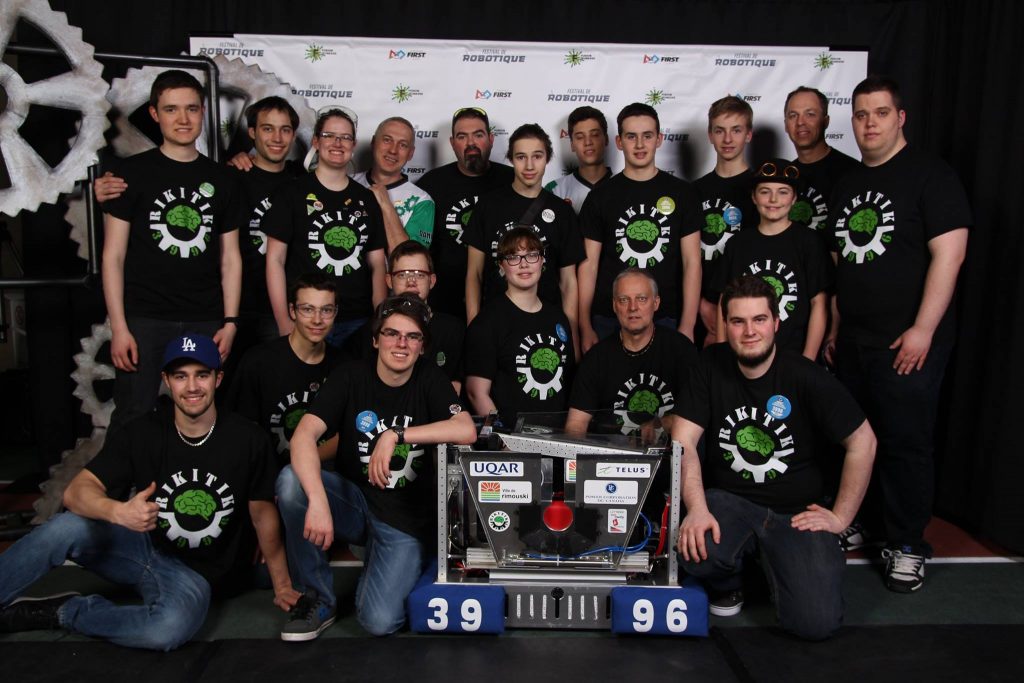 FIRST Robotics Canada: How do you feel about the 2017 game?
Team 3996: FIRST Steamworks is a beautiful challenge to develop engineering skills. While amazing teams can opt for a ball shooting strategy (very impressive, but need a lot of accuracy to be efficient with the low value of each ball), teams with a little less experience or resources can manage to build a very efficient system to manipulate gears. The manipulation of this type of game piece is much more related to the kind of object engineers have to manipulate in automatisation, for example. Having a challenge that is close to the actual engineering work will show students how to solve this kind of problem! We had success in this kind of challenge with FIRST Recycle Rush (tote manipulation), so we were very excited for this challenge.

FIRST: What about the game are most excited for?
3996: Each year, we are excited to see what other teams have done in six weeks. Particularly this year, with the amazing challenge of throwing a very large amount of fuel in a small period of time, we were very excited to see these designs, while they inspire us to build better robots each years. 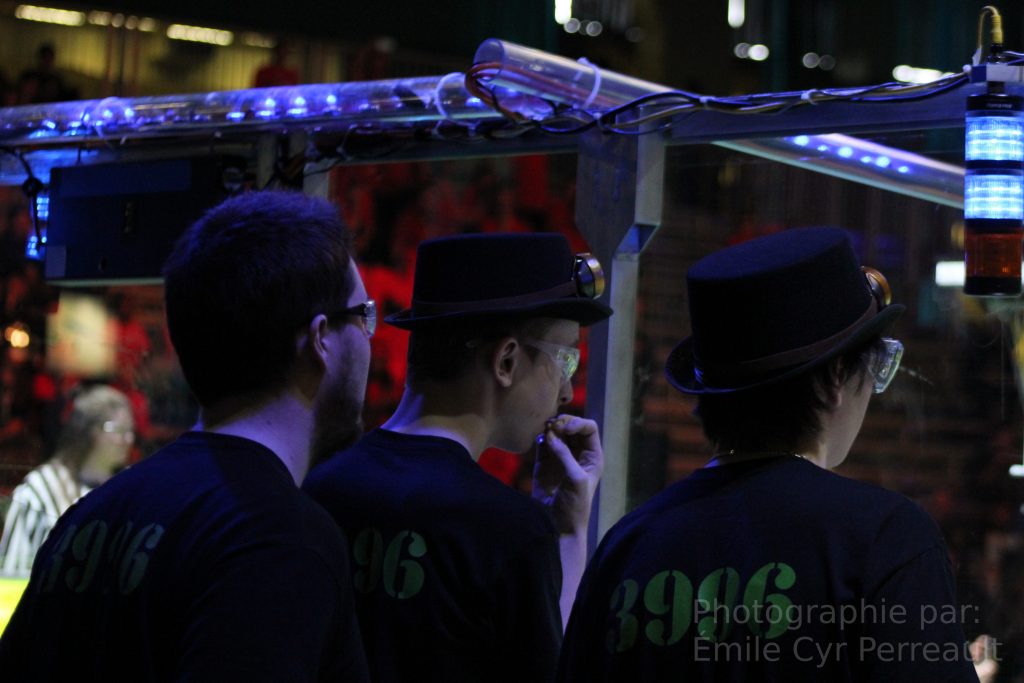 FIRST: What makes your team unique?
3996:  One aspect of our team we are very proud of is perseverance. Each year, we work very hard on getting a good robot for the Bag-and-tag day, and we continue the work afterward by watching other week’s competitions and develop mechanisms to make our robot better. It never happened at a competition that the weight of the robot never increased by the end, even at the championship in 2015!

FIRST: What events are your team attending this year?
3996: Our team attended the Festival de Robotique de Montréal last weekend. After the first day of qualification matches, our team was ranked 1/47 with a record of 6-0-0. Unfortunately, the second day wasn’t as good since we finished the qualifications being ranked 13/47 with a record of 6-3-0. We were first pick of alliance 8 and fought very hard against alliance 1. Even if we gave the best performance we could, our alliance would have been defeated in two matches. Since we were attending only one event, this closes the 2017 season. 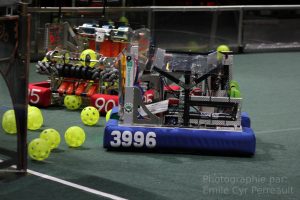 FIRST: How has the Microsoft grant helped your team so far?
3996: Our team is located in a remote area so the cost of transportation is higher than teams who live near Montreal. Most of of the grant helped us  transport the students, robot and mentors to the competition. The last part of the grant was used to build a second robot, identical to the first one, which helped us for programming and driver practice, as well as implementation of new ideas!

Thanks, Team 3996! We wish you the best of luck this season. And thank you, Microsoft, for supporting FIRST Robotics Canada teams.